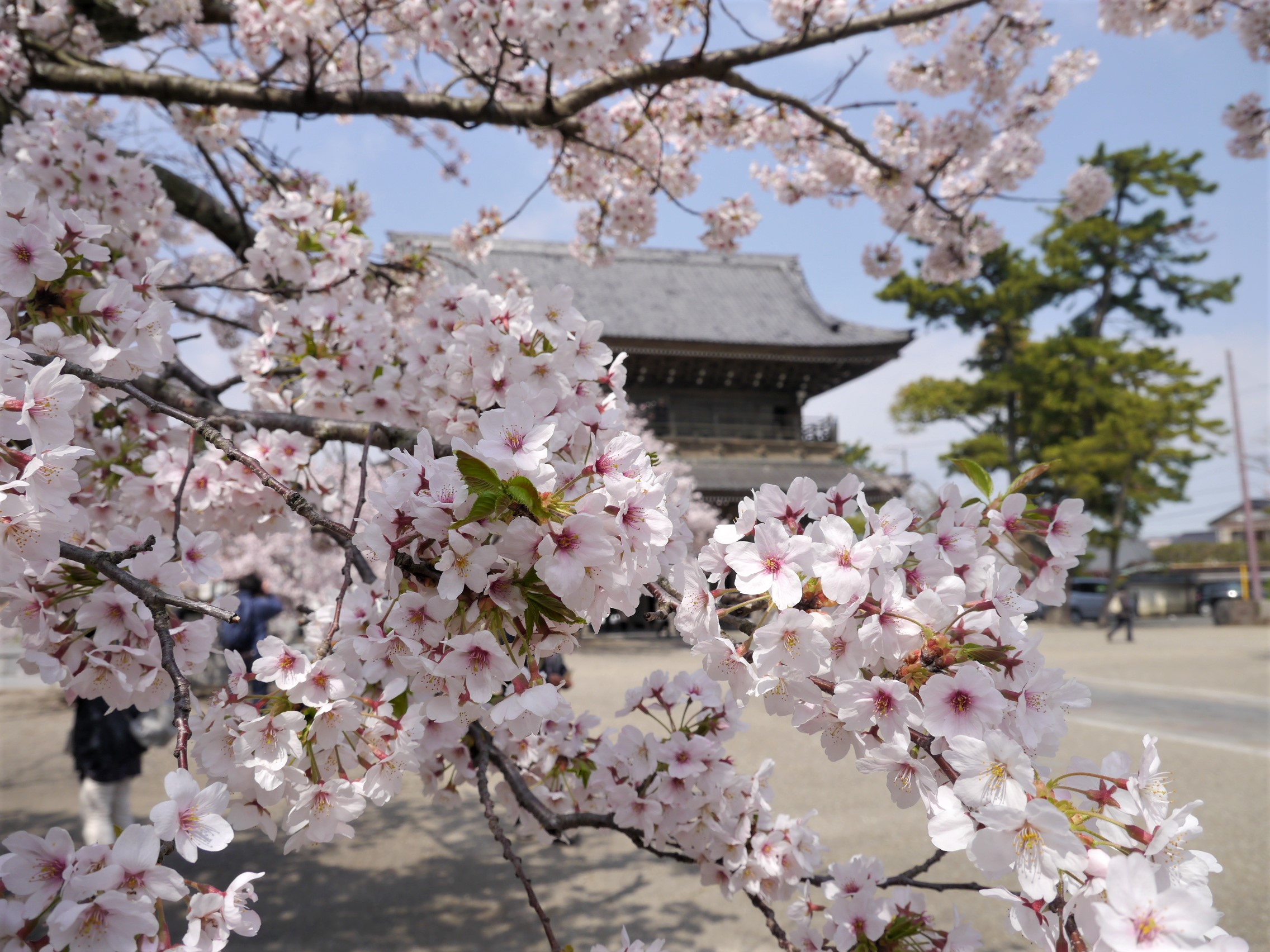 This year’s Cherry blossoms are really beautiful due to good weather.
They are in full bloom now and the timing is a bit earlier than the average.
Here are some of the beatiful cherry spots in Kamakura. 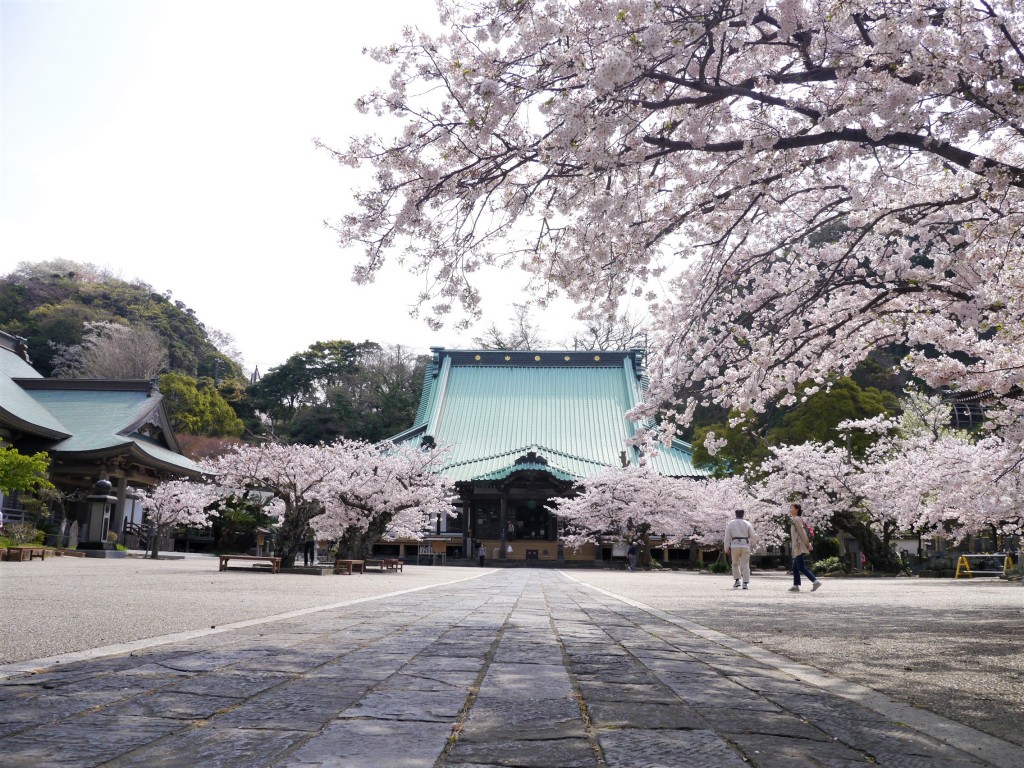 Komyo-ji Temple is one of the best temples in Kamakura for cherry blossoms but it is not crowded all the time and you can have a relaxed feeling. It is only 7 minutes walk from Kamejikan. 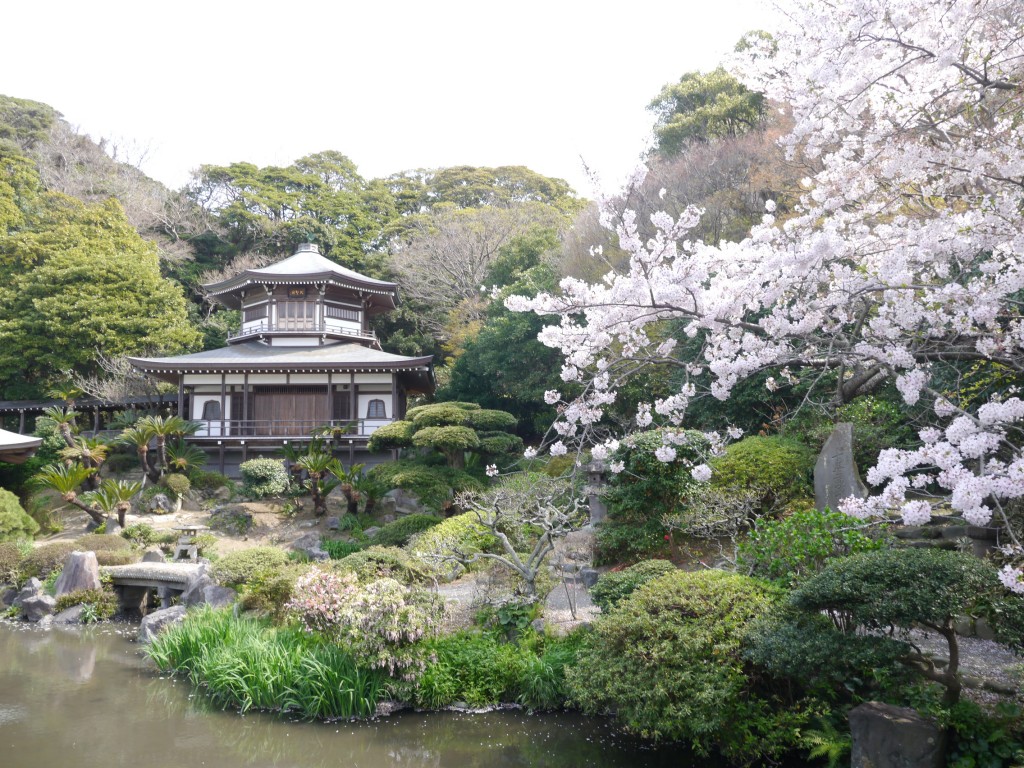 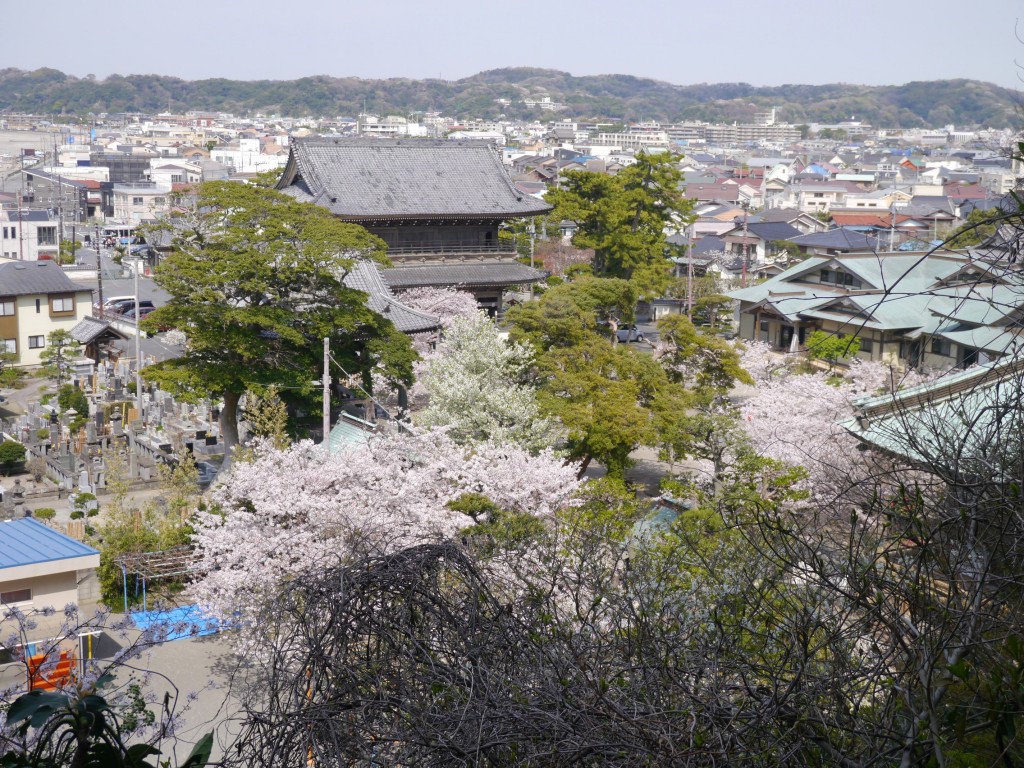 If you take a good look at the mountains in the upper part of the picture, you see some indigenous cherry trees. 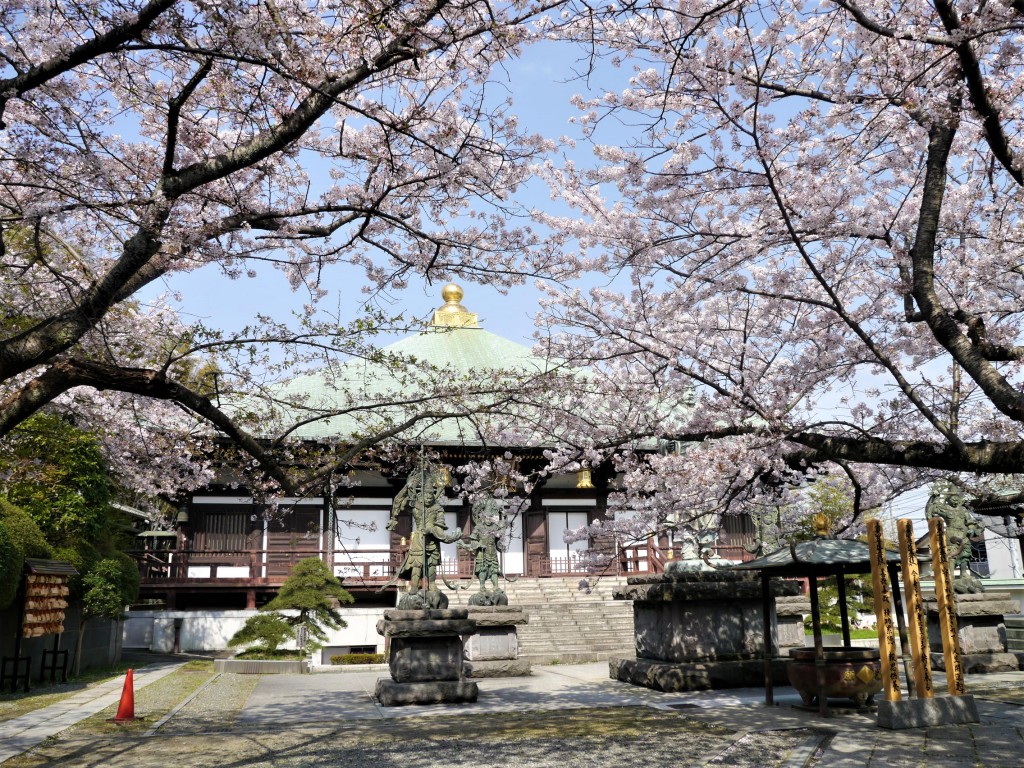 Chosho-ji temple is 10 minutes walk from Kamejikan. The temple is popular for its cold winter training. 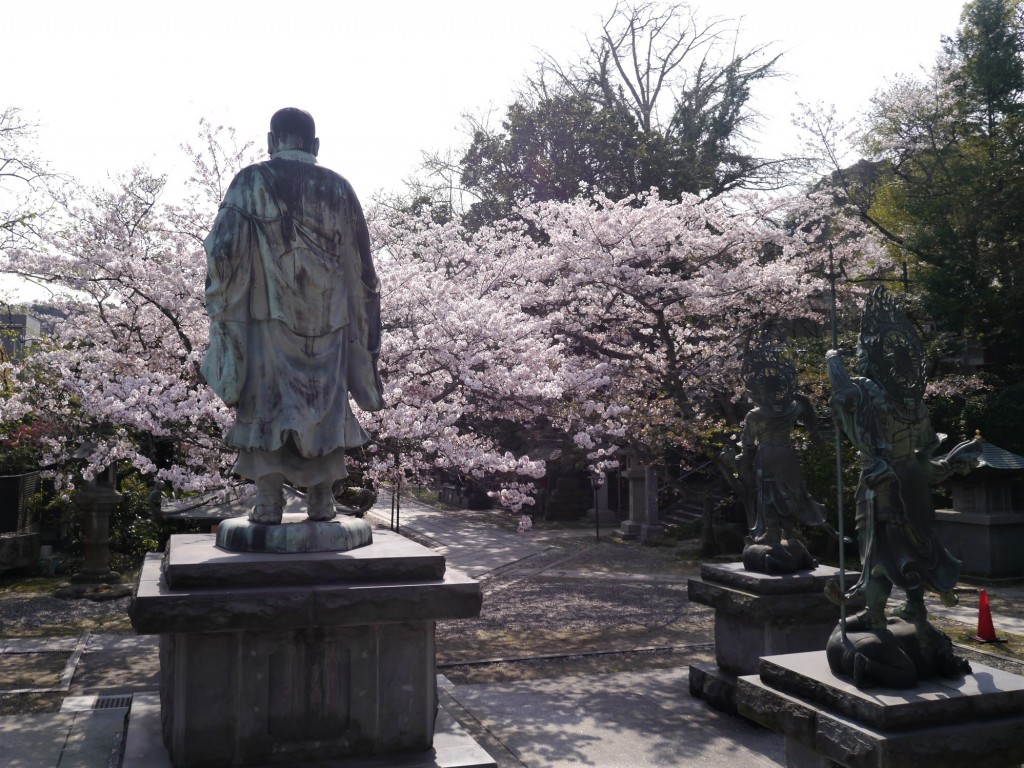 The statue of Nichiren, the founder of Nichiren sect of Buddhism who lived in Kamakura 800 years ago looks down the cherry blossoms. 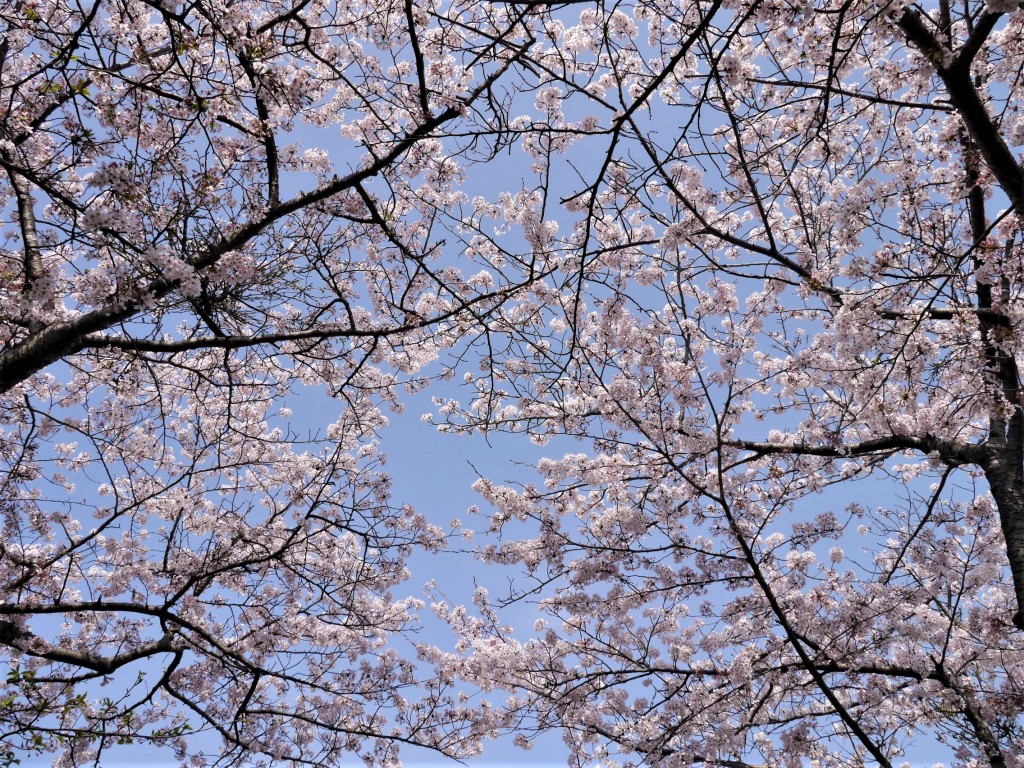 This species of Cherry, Somei Yoshino is loved by Japanese for it holds many bunches of flowers. Though spread all over Japan now, they are all clone made from one tree in Edo-era more than 300 years ago. Because they are clones, trees don’t distinguish each other as alien and that enable them to grow the blanches and get so close like this picture.

Myohon-ji Temple is close to Kamakura Station but it is nice and quiet. 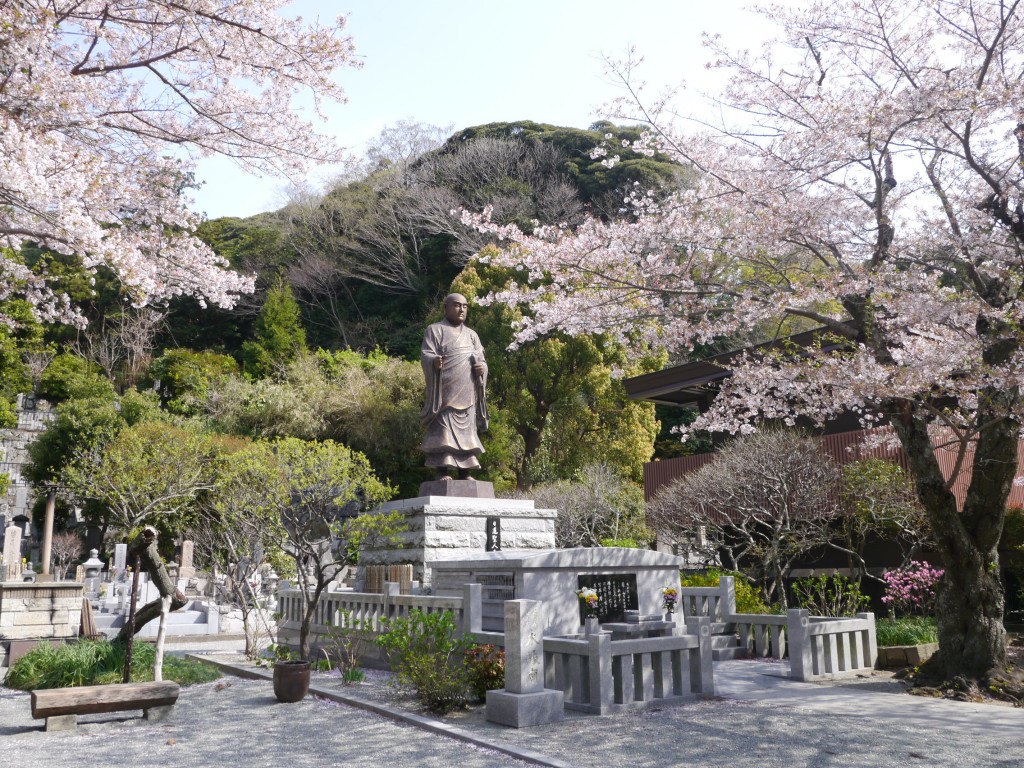 Here Also stands the statue of Nichiren. This property used to belong to one of the family who were a liegeman of Shogun Minamoto Yoritomo. However, another liegeman betrayed him and all the family member were killed but a youngest son who were 2 years old in 1203. He grew up and came back to Kamakura, then he met Nichiren and became a devotee. 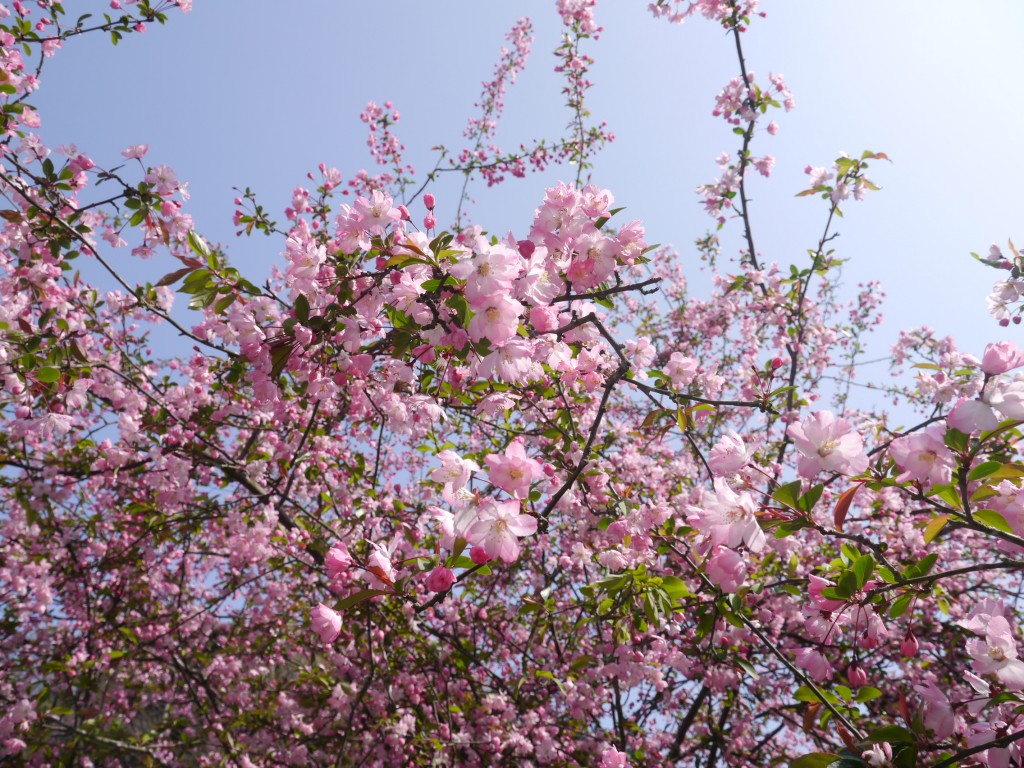 When visited, cherry blossoms already started falling but Kaido tree was in bloom. 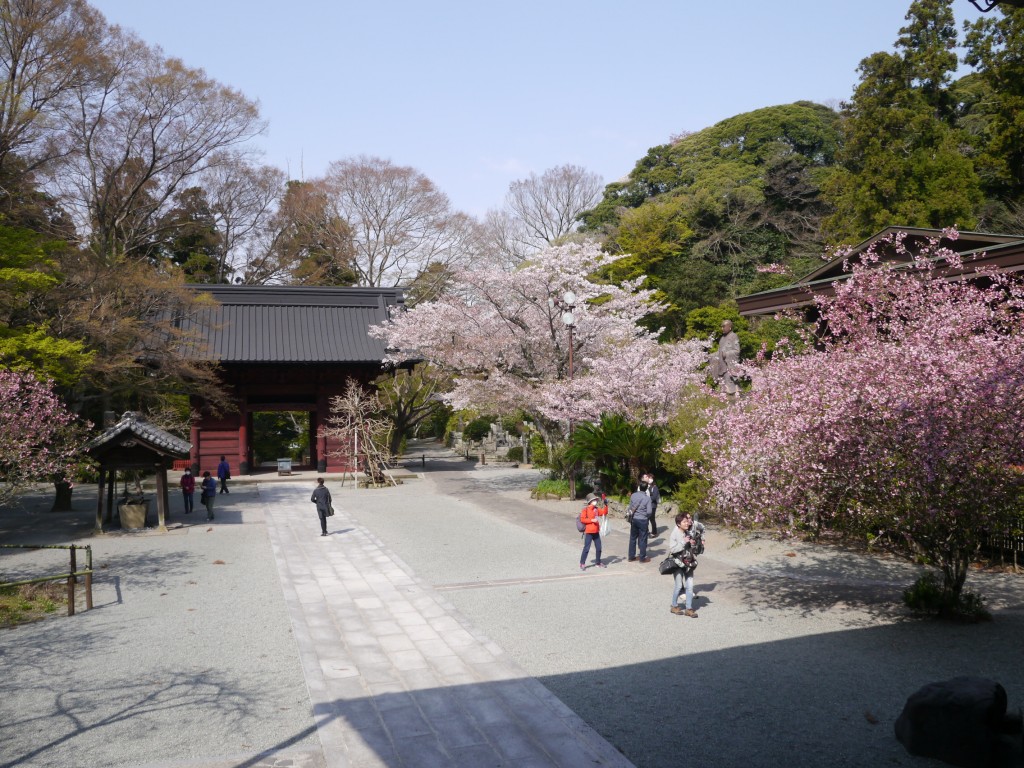 There is an anecdote about this Kaido tree. A famous poet,Chuya Nakahara had a girl friend but his friend and a famous critic, Hideo Kobayashi stole her from him. They lost in touch since then but 8 years later, they both moved to Kamakura and met at this temple around dusk to sort out their relationship. They both did not start a conversation and just kept watching Kaido flowers falling from the trees. As the Kaido Flower was too beautiful, they decided to make the affair a thing of the past without arguing, then went to Tsurugaoka Hachimangu shrine and drank a bottle of beer. Their friendship started over again but Chuya Nakahara passed away after 6 months in 1937. 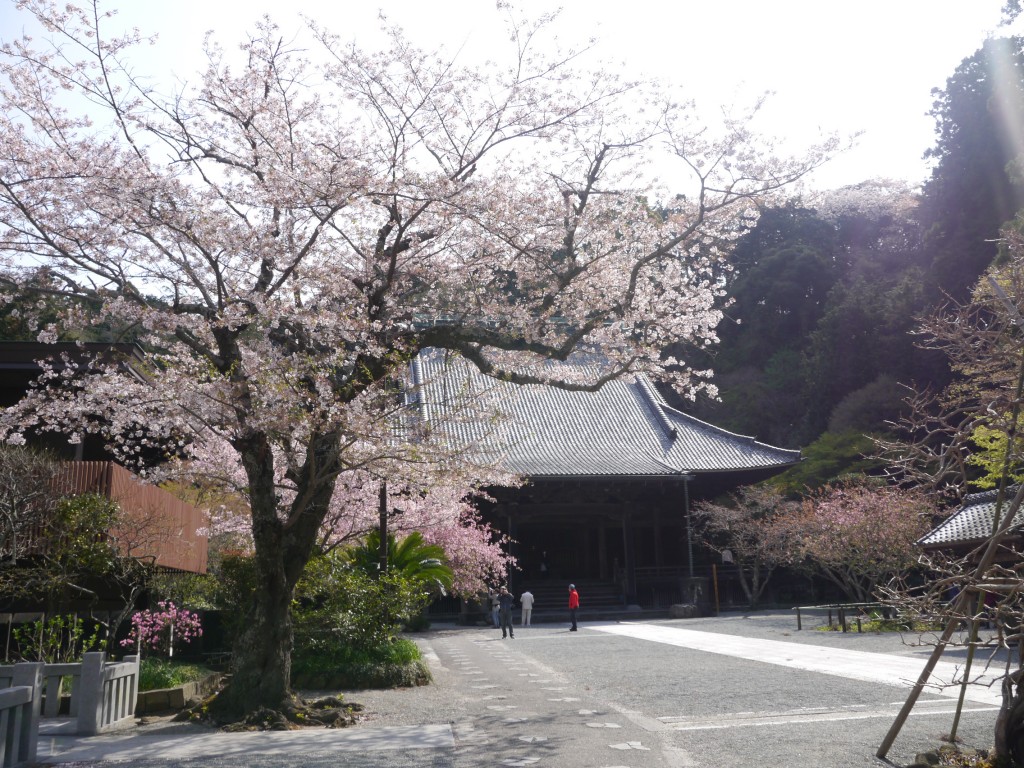 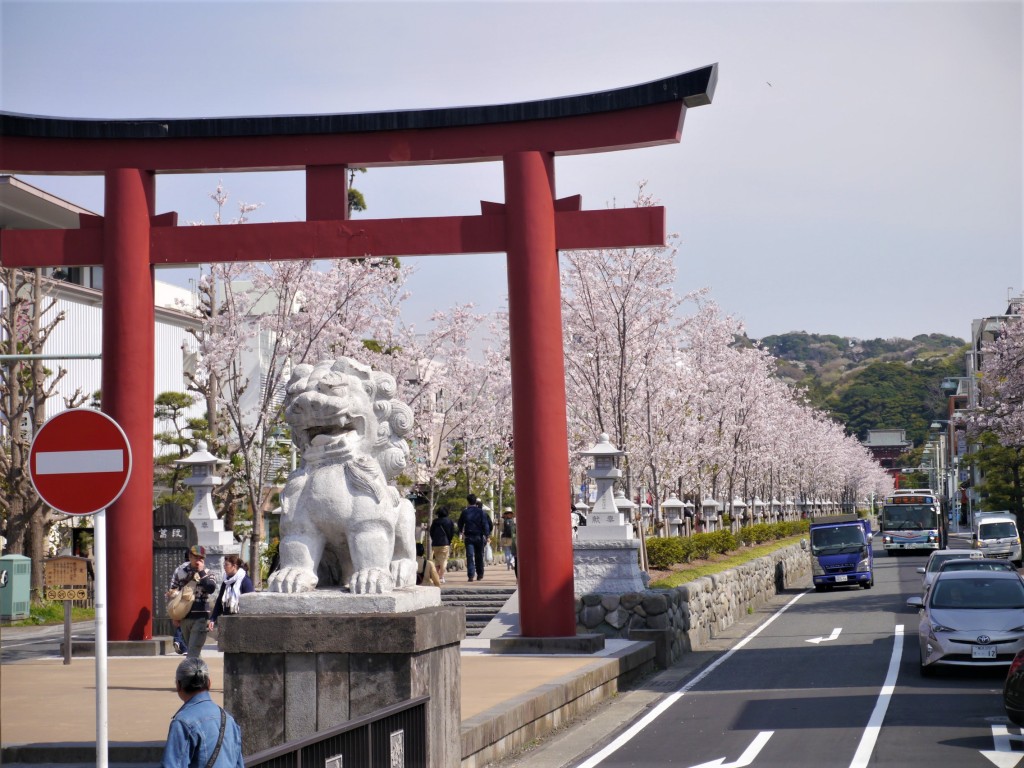 This pathway to Tsurugaoka hachimangu shrine was build in the time of Shogun Minamoto Yoritomo in 1182 in hope of easy delivery of his son. In that time only the persons of noble birth were allowed to walk. Cherry trees were planted about 100 years ago and old trees were replaced to young trees in 2016. 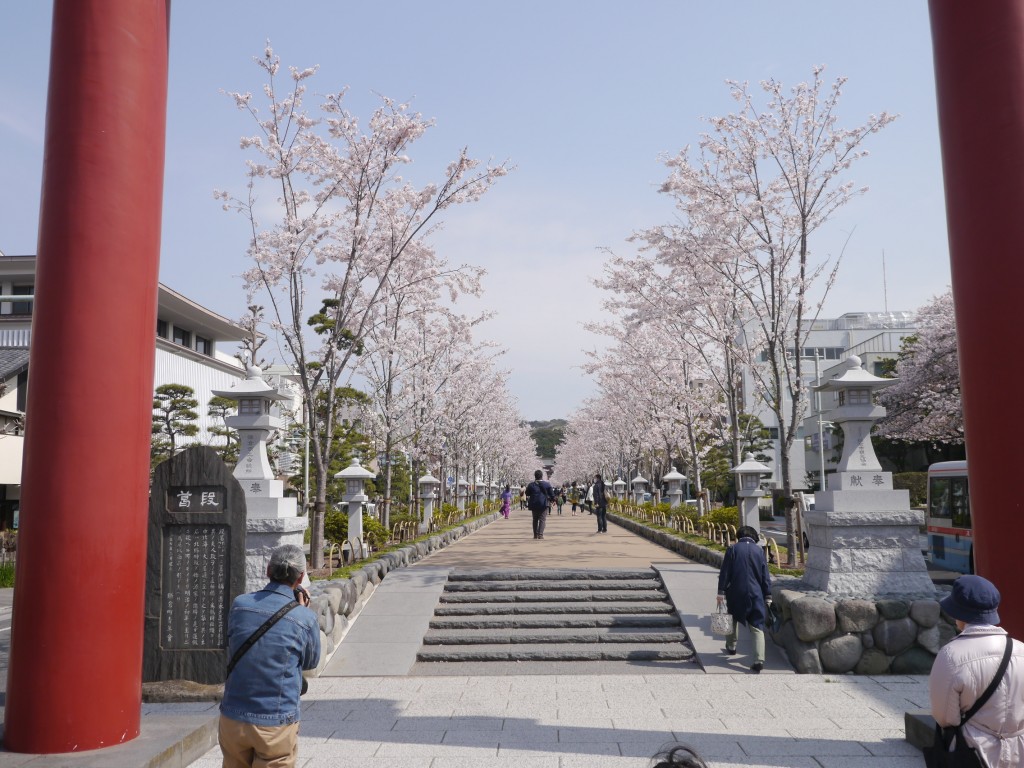 The length of this pedestrian road is 465 meters and a natural law of perspective was applied in the original design, Closer you get to shrine, narrower the road gets so that it looks longer than it really is. 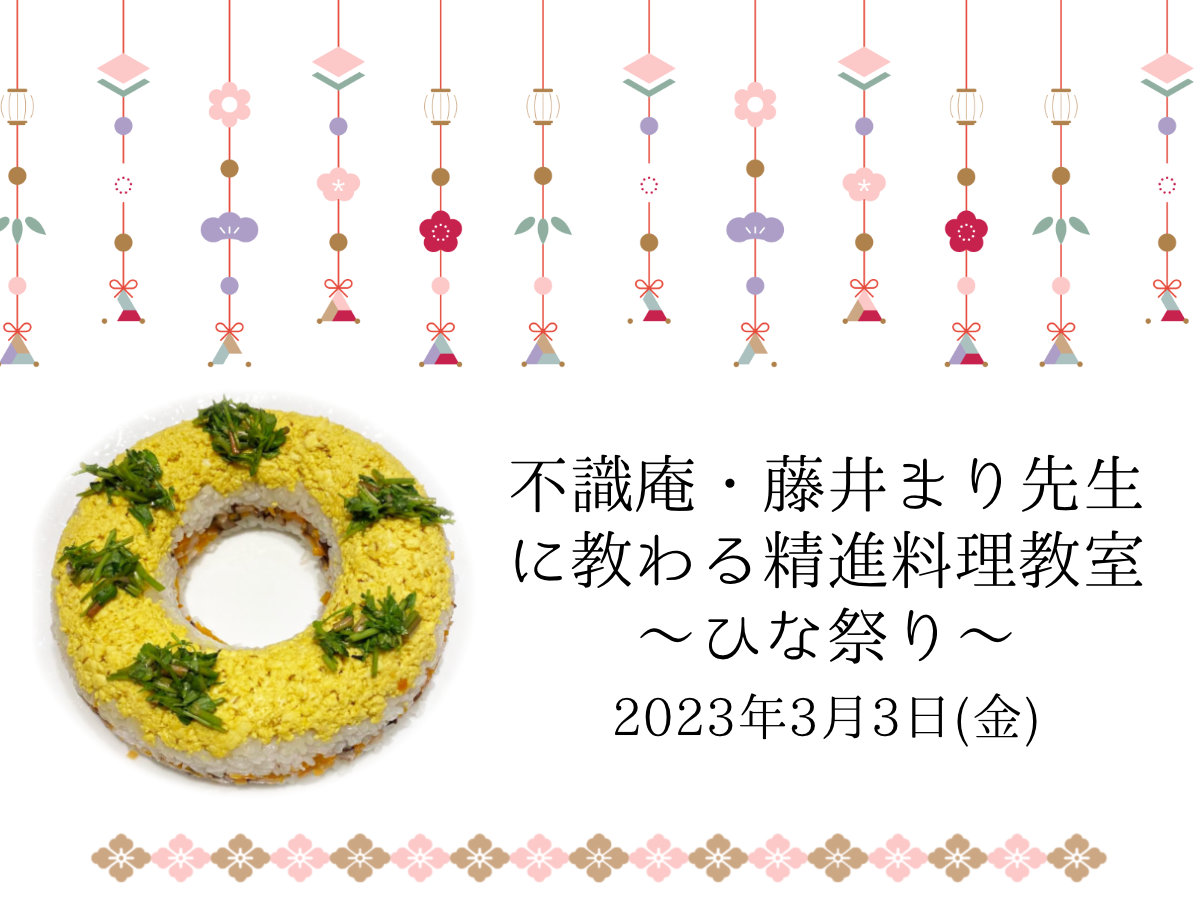 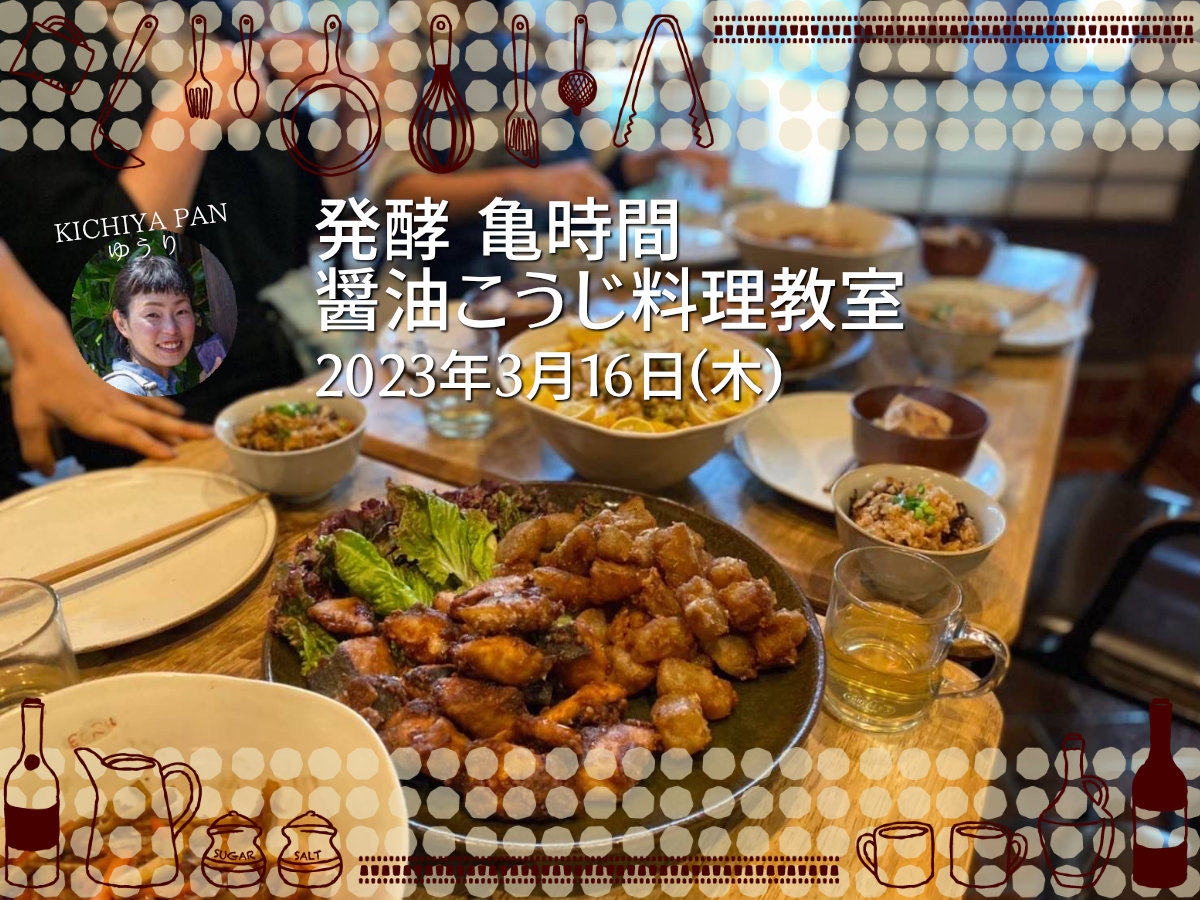 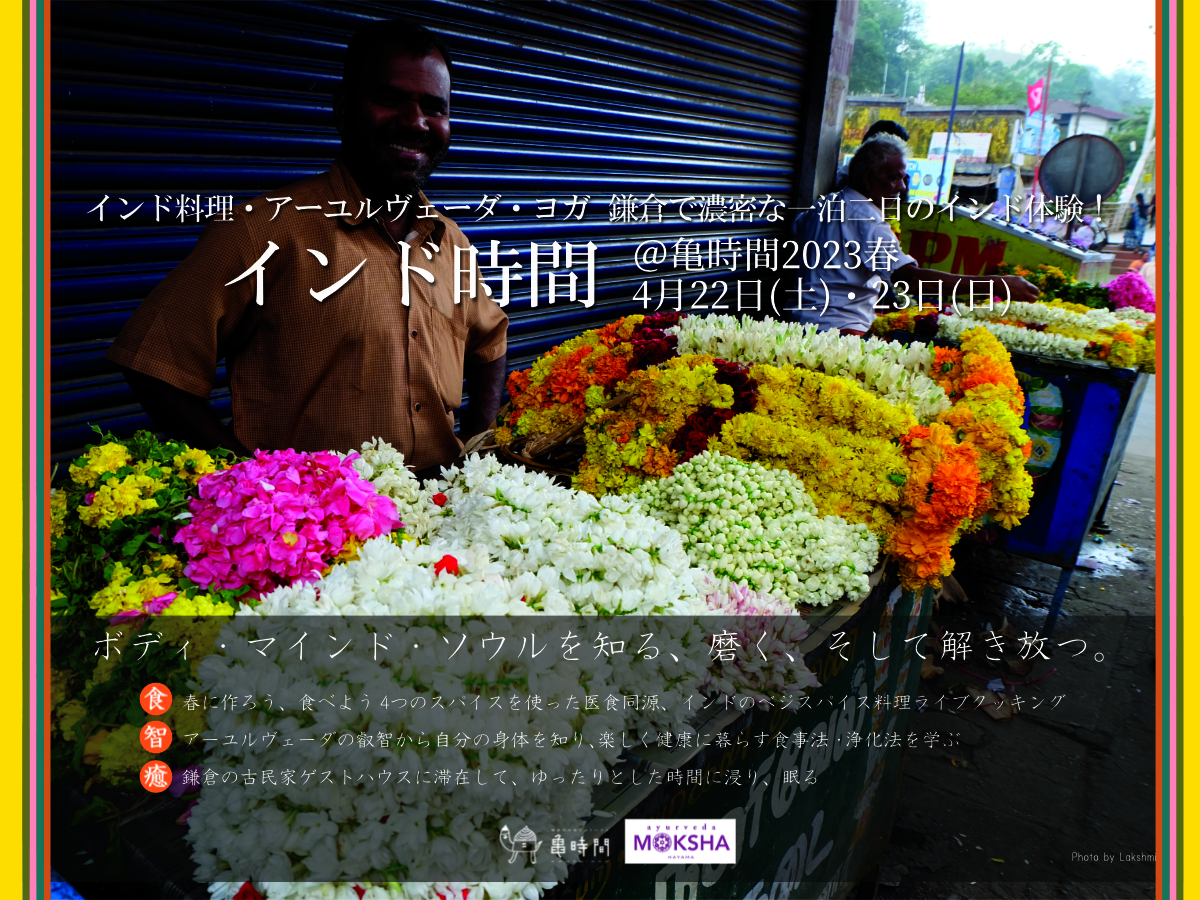 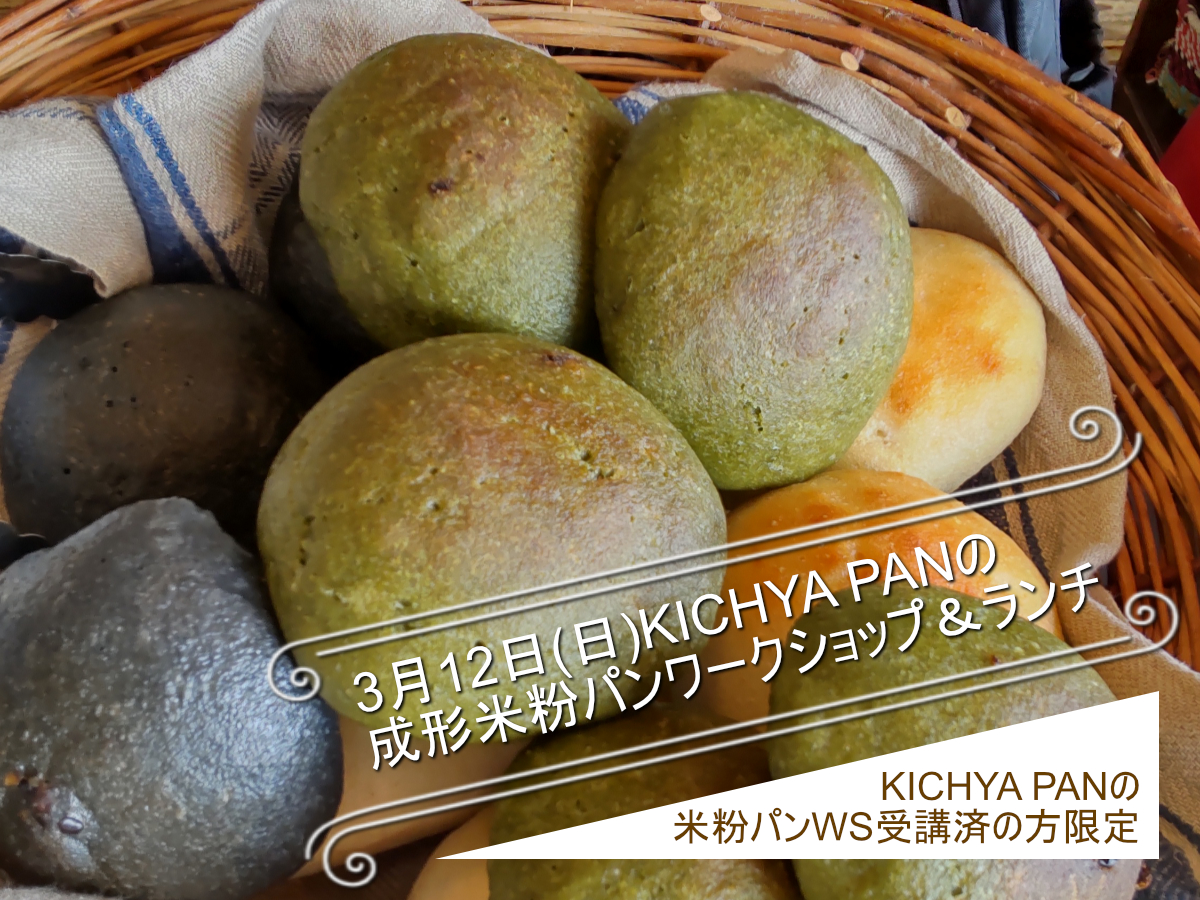 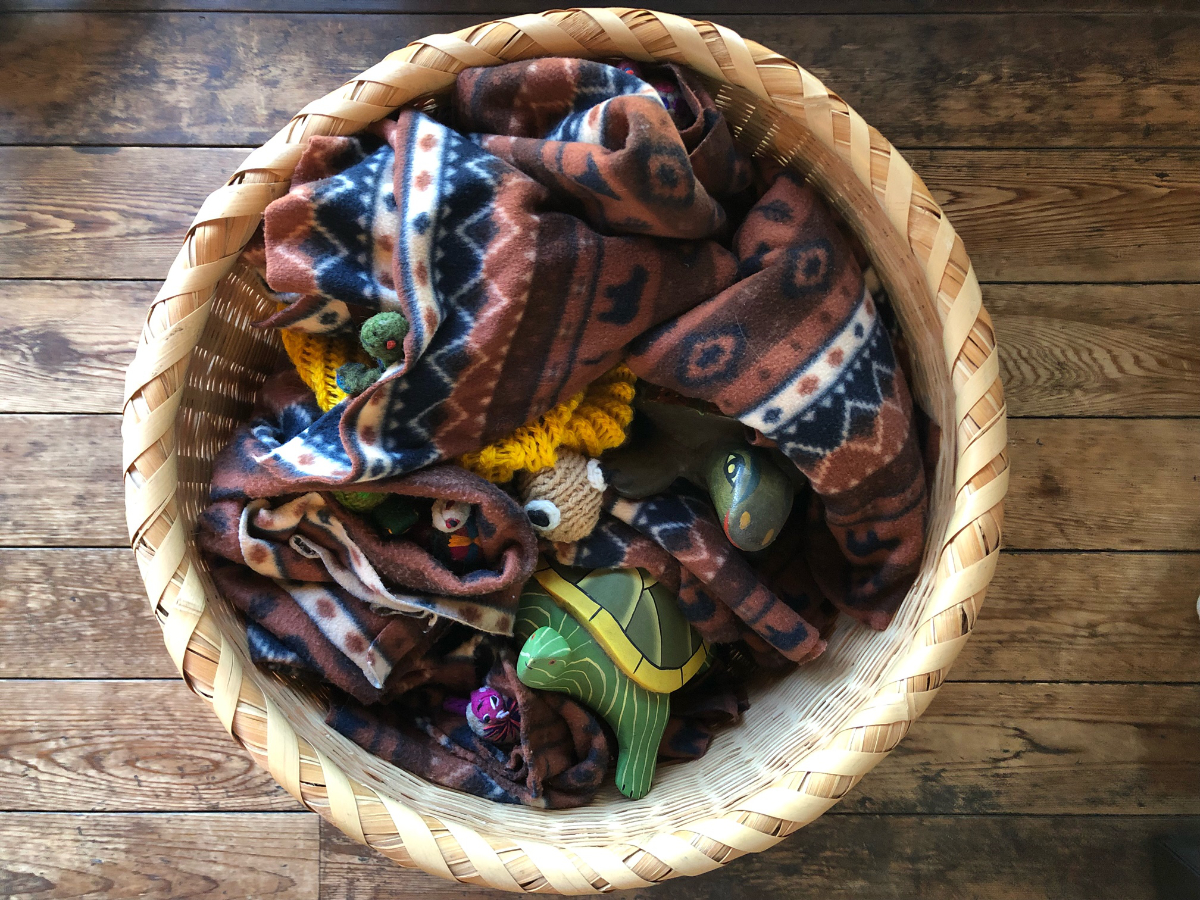 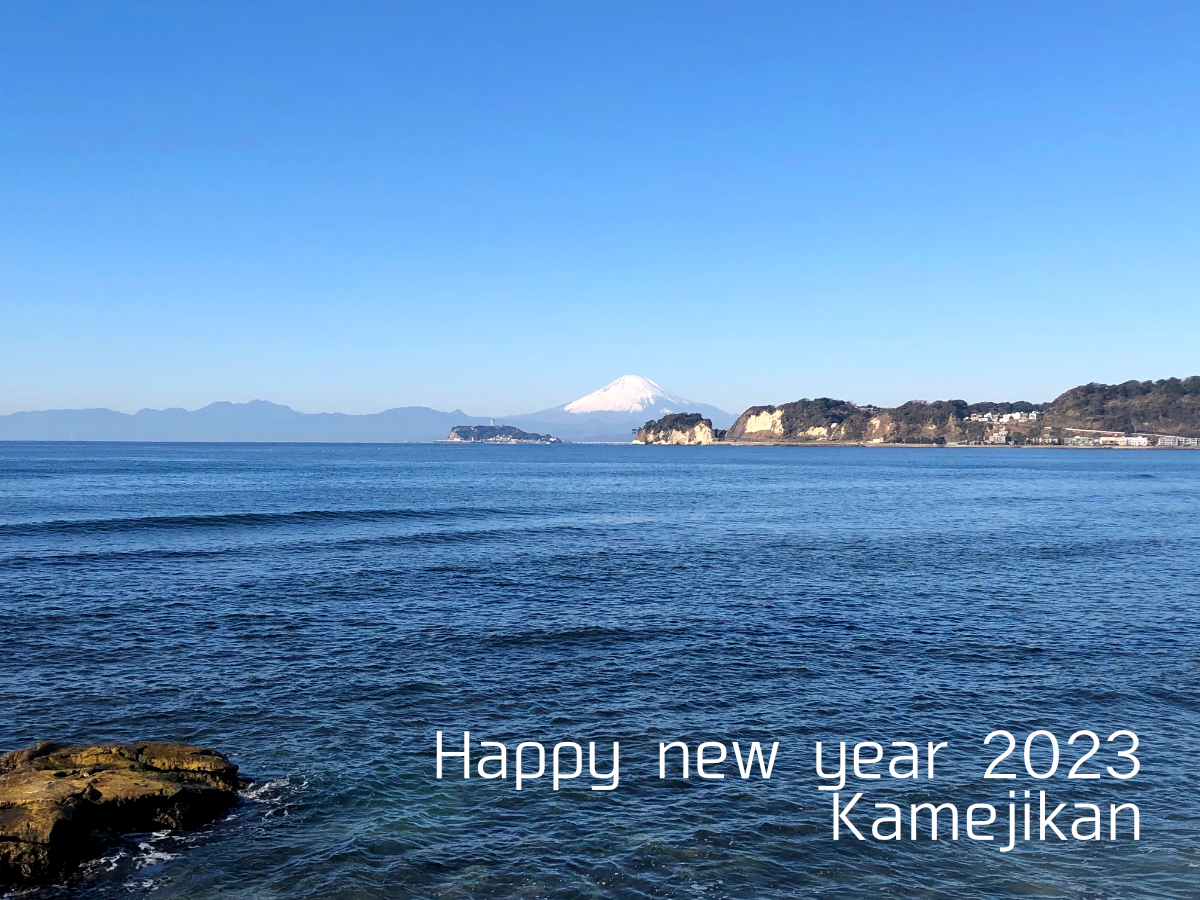 Continue reading →
Copyright Kamejikan All Rights Reserved
Back To Top